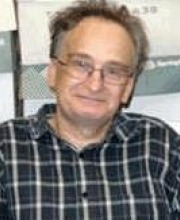 זוכה פרס Rolf Schock של האקדמיה השוודית למדעים
Saharon Shelah has made fundamental contributions to mathematical logic, particularly in model theory and set theory. In model theory, Shelah developed classification theory, concerning the classification of first-order theories in terms of properties of their classes of models. The classes of models of so-called stable theories have structural properties that can be characterised in geometrical terms, while the class of models of an “unstable” theory lacks structure. Most of contemporary research in model theory builds on Shelah’s work. Shelah has also made decisive contributions to set theory, including the development of a new variety of the forcing method and remarkable results in cardinal arithmetic, and he has solved deep problems in other areas, such as algebra, algebraic geometry, topology, combinatorics, computer science, and social choice theory.  Shelah has had, and still has, an indisputable and exceptional position in mathematical logic, particularly in model theory. He is almost unbelievably productive, with seven books and more than 1100 articles to date